Booger books. I know, I know, you are likely thinking “that is a gross topic!” and you would be right. That is exactly why I did it.

Let’s face it. Boys like gross. They will actually pick up a gross book and go through it. This also fits nicely with our other gross book lists which I will link below.

For now, grab a few booger books for your boys. He will likely look at you like you are the best mom ever! Plus, he will read them, and that . . . that is the whole point of our best books for boys lists. 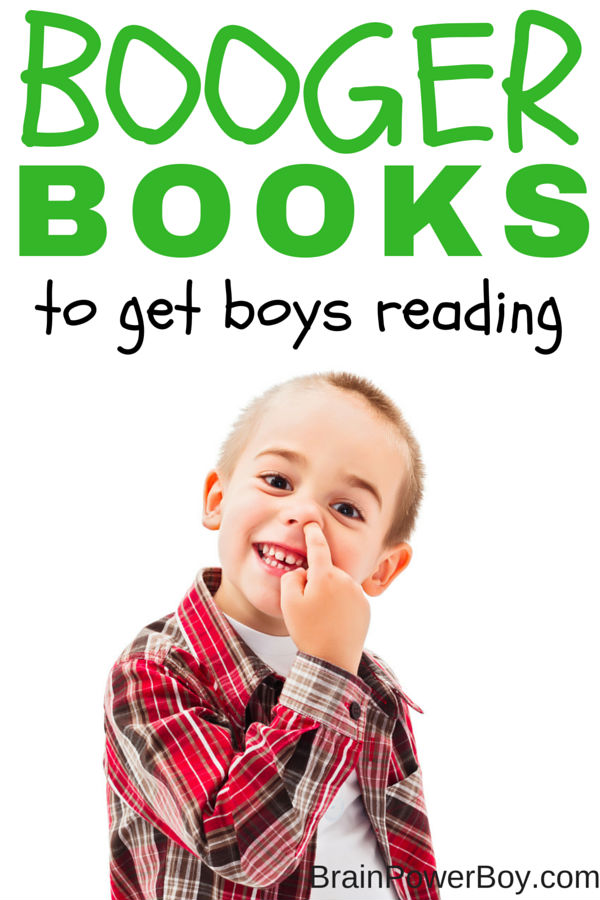 I’ll have you know that I almost gagged several times while compiling this list. Now that is dedication for ya!

To start this booger book list we will go with Billy’s Boogers. Billy likes to draw. This is great, except for the fact that it drives his teacher and the principal crazy. However, the librarian comes up with an idea that Billy can’t resist. Yes, it involves drawing a booger! One really neat thing about this book is that there is a small book inserted into this title and you get to read that too.

The Booger Book: Pick It, Lick It, Roll It, Flick It ohhh myyy. Yup, this one is full of gross. This book includes about 24 illustrations and has silly things you shouldn’t do with boogers like “You should NEVER wipe your boogers under your desk at school.”  Pretty sure boys will pick it up and want to tell you all about boogers.

With this title you get two in one – farts and boogers! Sir Fartsalot Hunts the Booger is a silly romp through the Kingdom of Armpit. It all starts with a prank (another favorite of boys) which leads to a quest.  Simply put: boys will like this book a lot. 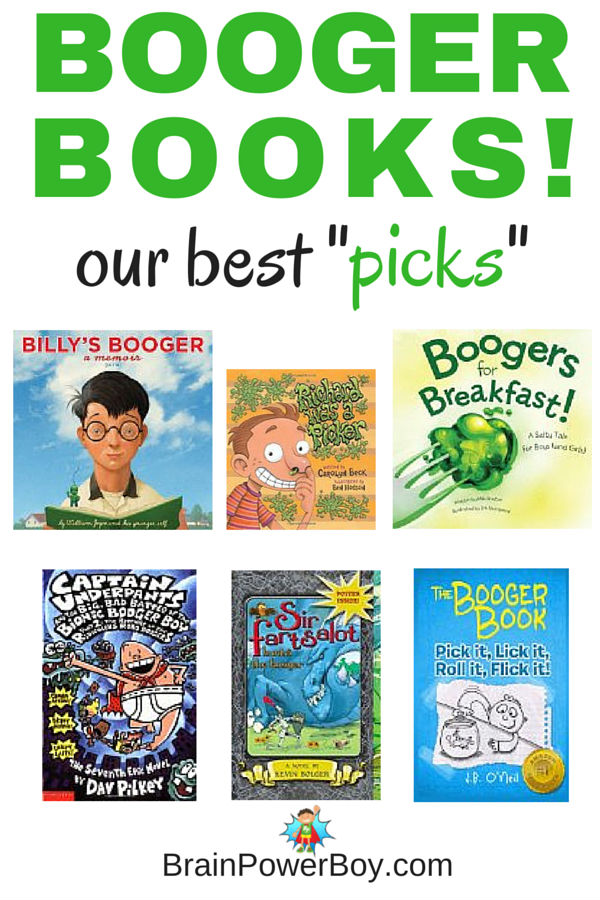 When you do a booger book list you know you are going to run into a book about a kid who likes to eat them. This is that book: Boogers for Breakfast is about a young boy named Max. Will his family be alright with his new “taste” sensation? This picture books has a rhyming story line as well as fun illustrations.

Richard was a Picker is not about guitars my friends. Richard is a kid who picks his nose. He picks his nose a lot. He picks it so much that his finger gets stuck up his nose and that isn’t all.  I won’t spoil the book by going into to much picking detail but it is gross, the illustrations are gross and it is very booger boy friendly.

There you go. Booger books for you (um, maybe not) and your boys to enjoy.

If you like this gross book list and think it will get your boys reading, don’t miss these as well: