Did your boy get holes in his jeans – again?! If so, you need to make some of these cool patches for boys jeans! You can fix the holes in their pants in a fun way they will love.

I know a lot of you suffer from a pile of jeans that need mending because there are holes in the knees. Not a fun task.

Mending jeans the old way is both tedious and boring and often boys don’t like it because they look “patched.” 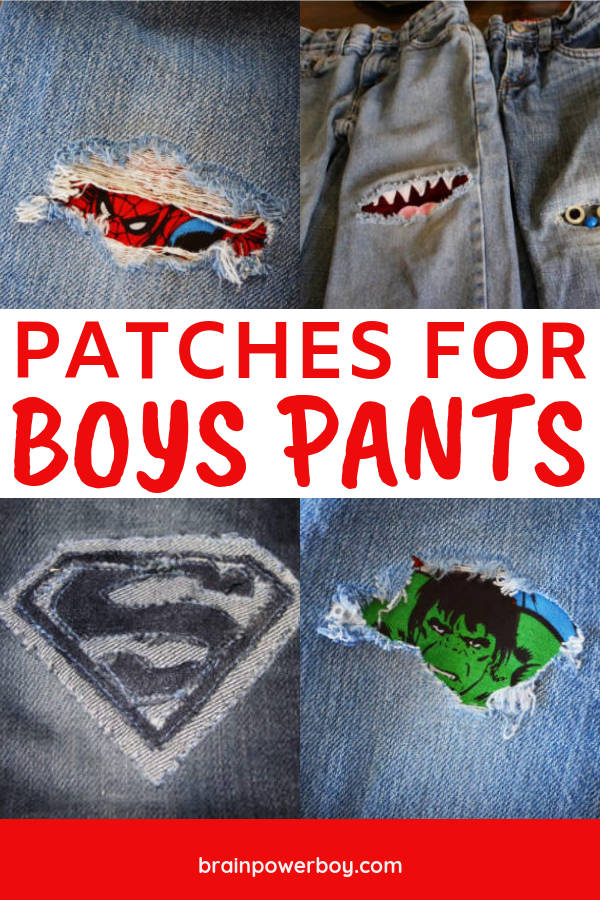 You need patches so cool and fun that he will actually want you to patch his jeans! We found ideas that are sure to be a hit.

You can fix all those holes with these jean patches that are pretty easy to make and look great.

Note that some of these do not have directions. They presented the idea, and showed what they made, but didn’t leave the reader with step-by-step directions to follow.

For those who sew, that isn’t really a problem. For those who are just starting out it might be a bit harder but with a bit of effort I am sure you can use these ideas to make something your boy will really like. 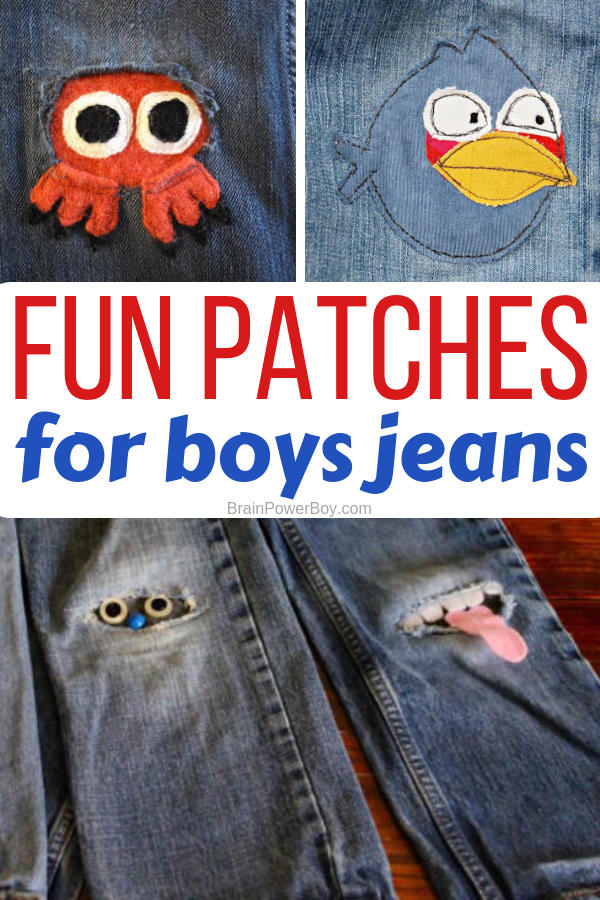 Let’s take a look at all of the cool DIY jean patches I found.

I can tell you right now that the next time I need to mend holes in the knees of jeans, I am going to do something like this. 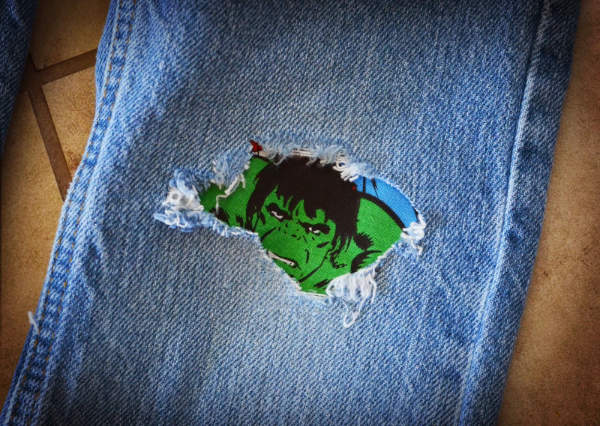 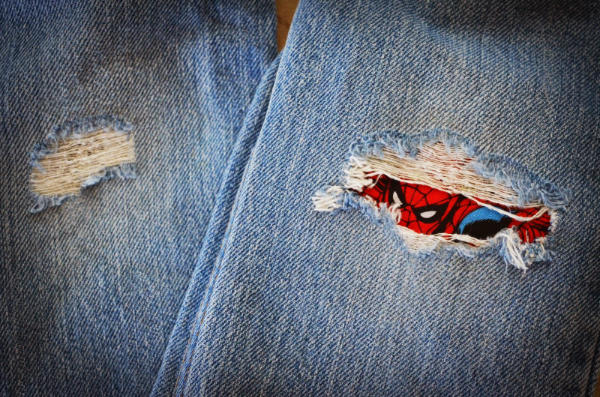 Wow – right?! These are so perfect for boys. She uses superhero fabric and also puts a sturdy patch behind it to make them sure to stand up to rough treatment.

This is actually a version of DIY iron-on patches.

I really like these because they have a great style to them. Those superheroes peaking out from the hole in the jeans looks awesome! And, it isn’t hard to do either. Superhero Patches 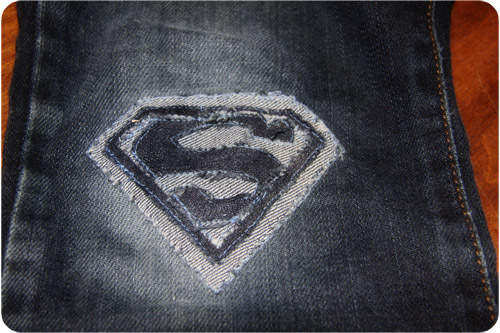 There are no directions, but if you take a look at the image you can see that she likely used the backside of some denim as well as the front and crafted a patch out of those.

You can grab the superman emblem on the Internet and trace it out on tracing paper. If you have some DIY experience this isn’t going to be a problem. If you want the emblem, but don’t know if you can do it yourself, you could try this.  Superman Patch 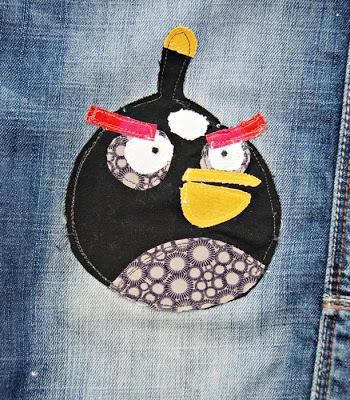 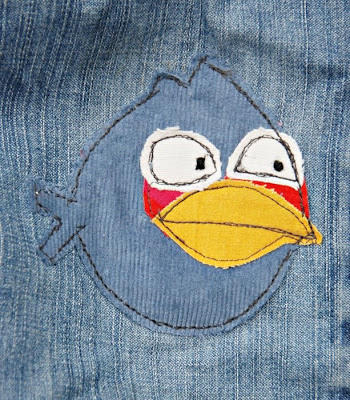 Again, you are going to have to make a pattern to make them. It looks like she used a fusible web (this is one I like) to attach them and then sewed over the top. Angry Birds Patches 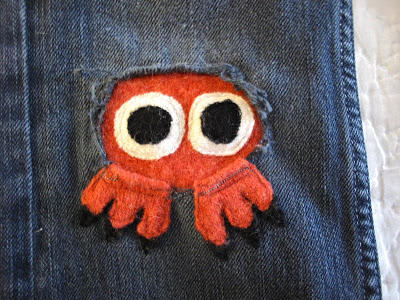 What is this cute orange creature that has been used to mend these jeans? I think it looks like an orange octopus but my friends thought it might be an alien or a little monster? Who knows?

I guess it really doesn’t matter because it is a super cute way to patch holes. That is for sure.

I love that the little tentacles hang out over the edge of the hole. Oh, and it is a great way to recycle old sweaters as that is what she used to repair the pants. Octopus Patch 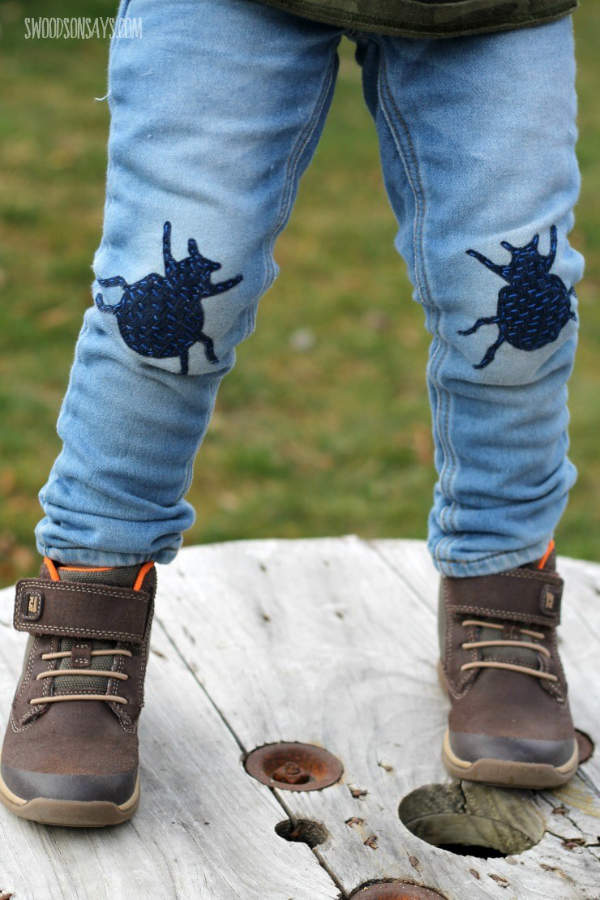 If you are not familiar with shashiko let me give a brief description. It is decorative reinforced stitching and originated in Japan. The word means little stabs. The stitches are usually white and are often on blue fabric. So, that certainly fits when fixing jeans.

If you have a nature boy, these are simply perfect. The beetles are great looking that is for sure.

She put the line stitches in the style of shashiko, but if you didn’t want to do hand stitching, you could just leave them as is. I do think it adds a lot to the look of the patch though. Shashiko Beetle Patch 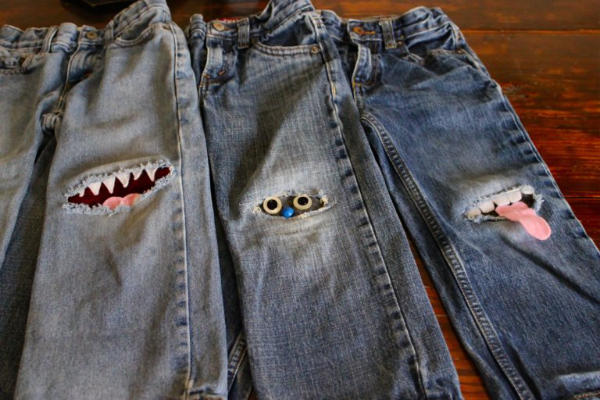 You can’t really have a post about knee patches for boys jeans without including the monster patch. These are super popular on Pinterest.

I picked this trio because they were a bit unusual and offered you three different styles to choose from.

She gives a few tips for sewing them and does mention the buttons she used may be an issue for knelling on. I agree. You could use felt (or these) to make the eyes and the nose though so the idea is still a neat one. Monster Knee Patches 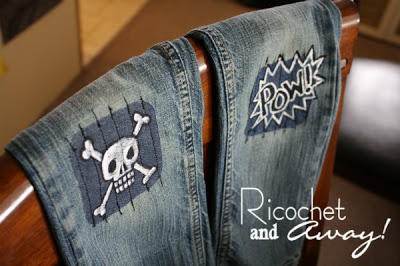 I think these are great for older boys though I am sure boys of any age would enjoy them.

My favorite one is the skull. If you look closely you can see that she actually ran several rows of stitching down the patch. It is a nifty way to reinforce with stitching and it looks pretty great too.

The pictures are drawn and painted. She has some instructions on her site.

If you are looking for cool patches for jeans, these fit the bill. Skull Patches

I hope you found some fun patches for boys jeans that you can use to fix the ones with holes in them (or the ones that are going to get holes in them eventually.)

As you can see patched jeans don’t have to look goofy or embarrassing. They can be anything your boy can imagine them to be as long as you can sew them! 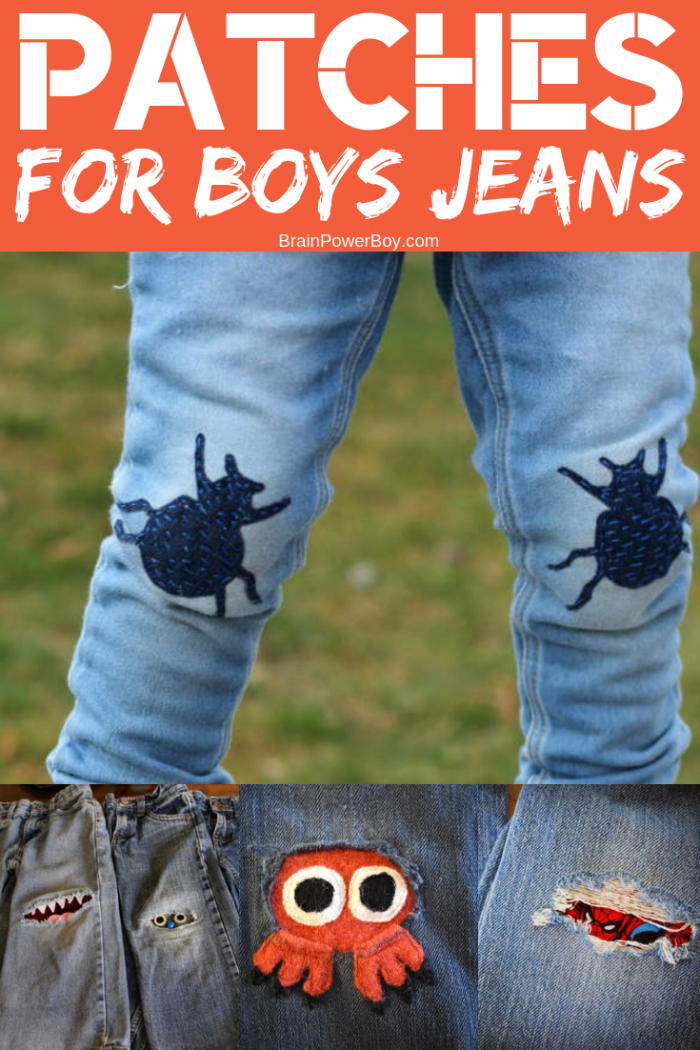