Learn all about Rube Goldberg from when and where he was born, to how where he worked, to what he was famous for.

We wrote this to include the facts in an easy to read format. So many of the books, and articles on the Internet, have long swaths of text sharing information about Mr. Goldberg.

That is great if you really want to dive into his life and learn everything about him, but before doing that type of research, I like to know the basic facts.

Since I am rather fascinated with Rube Goldberg and Rube Goldberg Machines, I wanted to pull this together for others who are also interested in learning about him.

Check out our Rube Goldberg Ideas page for all of our articles on him and his wonderful contraptions, including plenty of examples of machines and ways to make your own! 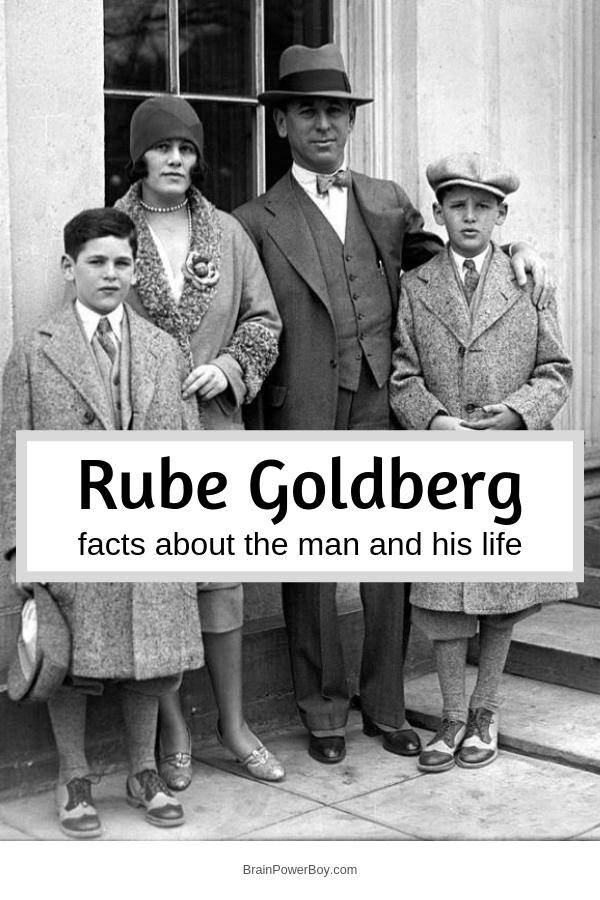 Who Was Rube Goldberg?

We went through all of the questions we could think of, as well as some others have asked and answer them all here.

Was Rube Goldberg a real person?

Yes! He most certainly was a real person. Read on for more details.

Who is Rube Goldberg?

Rube Goldberg was an engineer, an inventor, artist, author and a newspaper cartoonist.

When was Rube Goldberg born?

Where was Rube Goldberg born?

His birthplace is San Francisco, California.

What is Rube Goldberg’s real name?

Reuben Garrett Lucius Goldberg. His parents names were Max and Hannah Goldberg. He was of Jewish decent. 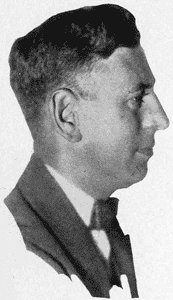 When and how did Rube Goldberg die?

Where is Rube Goldberg buried?

Where did Rube Goldberg live?

He grew up in San Francisco, California. After his time working at the San Francisco Chronicle he left California in 1907 and move to New York.  At the time of his death, he lived in New York, New York.

Where did Rube Goldberg go to college?

What did Rube Goldberg go to college for? What did he study in college?

He studied engineering in college. He got his degree in engineering when he graduated in 1904. 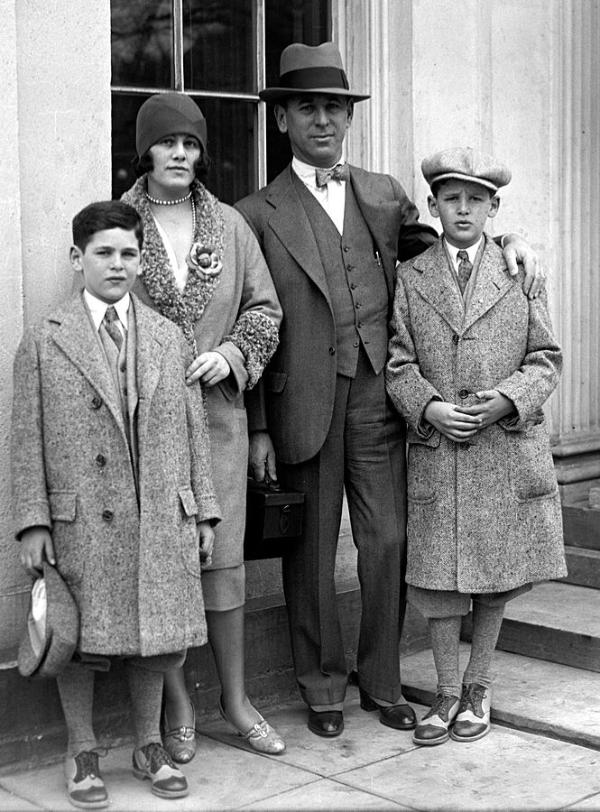 Who Was Rube Goldberg married to?

He married Irma Seeman in 1916. They had two children.

What are Rube Goldberg’s son’s names?

His two sons are named Thomas Rueben and George Warren.

Why did Rube Goldberg make his sons change their last name?

Political cartoons he drew about World War II led to his decision to have his sons change their last name. The cartoons were controversial and he was receiving hate mail. He was concerned for the safety of his sons.

Specifically, he won a Pulitzer Prize for a political cartoon that caused some uproar. (more information below under Awards)

What did Rube Goldberg make his sons change their name to?

He had his sons change their last name to George. Their names are now Thomas Rueben George and George Warren George.

What was Rube Goldberg’s First Job?

His first job after graduating college with a degree in engineering was with the San Francisco Department of Sanitation designing sewer pipes in the city. (He didn’t like it.)

What was the first newspaper he worked at?

What other newspapers did Rube Goldberg work at?

The information on his newspaper work was tough to find. Some places only listed one or two newpapers. If Britannica is right, he worked at a total of five newspapers.

After that he worked for the San Francisco Bulletin from 1905 – 1907 as a sports cartoonist.

He also worked for the The New York Sun, The New York Journal and the Journal-American as an editorial cartoonist.

His work started to be syndicated in 1915 and was then picked up by McNaught Syndicate from 1922 to 1934. (Rube Goldberg Wiki)

What is Rube Goldberg most famous for?

He was most famous for his cartoons. 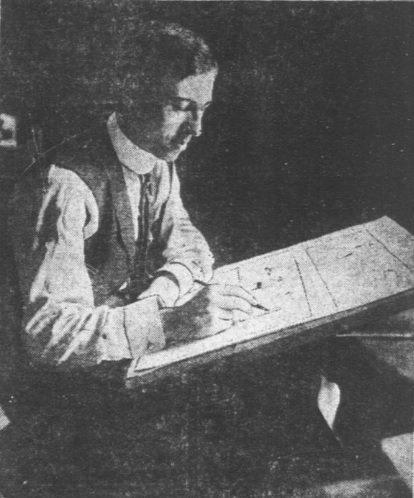 Why is Rube Goldberg important?

I suppose this is a subjective question but he was mostly seen as important because he questioned the growing obsession with technology. He made fun of how people seemed to take a simple task and make it complex.

What was Rube Goldberg’s first invention?

What awards did Rube Goldberg win?

He won a Pulitzer Prize for a political cartoon called “Peace Today” under the category of Editorial Cartooning. The cartoon’s topic was a warning against nuclear weapons. See the cartoon here.

He received a lot of hate mail after creating winning the prize. (Which is why he made his sons change their last name for safety purposes.)

In 1955, he won the Gold-T square award for being a professional cartoonist for at least 50 years.

He was founder and president of the National Cartoonists Society. They changed the name of an award to the Rueben Award (also called The Rueben) which is for outstanding cartoonist of the year.

Rube actually won his own namesake award, in 1967, 13 years after it was named after him. He won for Humor in Sculpture. Others who have won include Charles Schultz, Chester Gould, Johnny Hart, Bill Waterson. See the full list of winners here.

In 1959 he won an award called Banshee’s Silver Lady Award for best artist.
The Golden Key was awarded posthumously in 1980, 10 years after his death. This award put him in the National Cartoonists Society of Hall of Fame.

There were other honors over the years. The two that stand out to me are:

In 1970, the National Museum of History and Technology at the Smithsonian Museum had an exhibit featuring his work.

In 1995, the United States Postal Service honored his accomplishments by creating a 32 cent commemorative postage stamp based on his cartoon Self Operating Napkin. 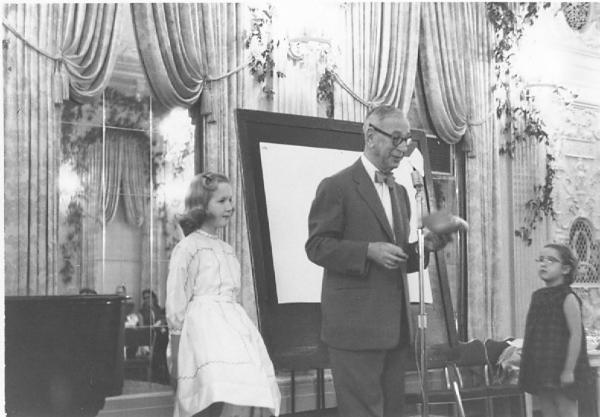 What were Rube Goldberg’s contributions in life?

You may be asking what were his accomplishments? He had many; here are a few.

An interesting accomplishment was that in 1931, Merriam Webster’s Dictionary listed his name as an adjective!  Rube Goldberg is defined as “accomplishing by complex means what seemingly could be done simply” The Rube Goldberg website states that he is the only person to ever have had that happen.

He was most known for his cartoons and a big accomplishment is that he drew over 50,000 cartoons in his lifetime.

I hope this helped to give you an overview answer to Who Was Rube Goldberg? It is meant to be a factual document listing the main points about him and his life, not an all inclusive biography of his life.

What was Goldbergs First job

Hi, Rube Goldberg's first job is in the article already. Thanks.