Pirate Unit Study Weapons! Things You Will Be Surprised to Learn

Hi! Today we are taking a look at pirate weapons because they are an important part of any pirate’s arsenal.

We have a whole pirate unit study so be sure to check that out as well.

In Pirate Unit Study Flags I mentioned that I would tell you what the greatest pirate weapon was. I think you might be surprised at the answer.

This pirate weapons unit study has it all – for real!

You will find weapons (of course), as well as activities, games, books, toys, & DIY.

Be sure to check out the videos—they are really neat. 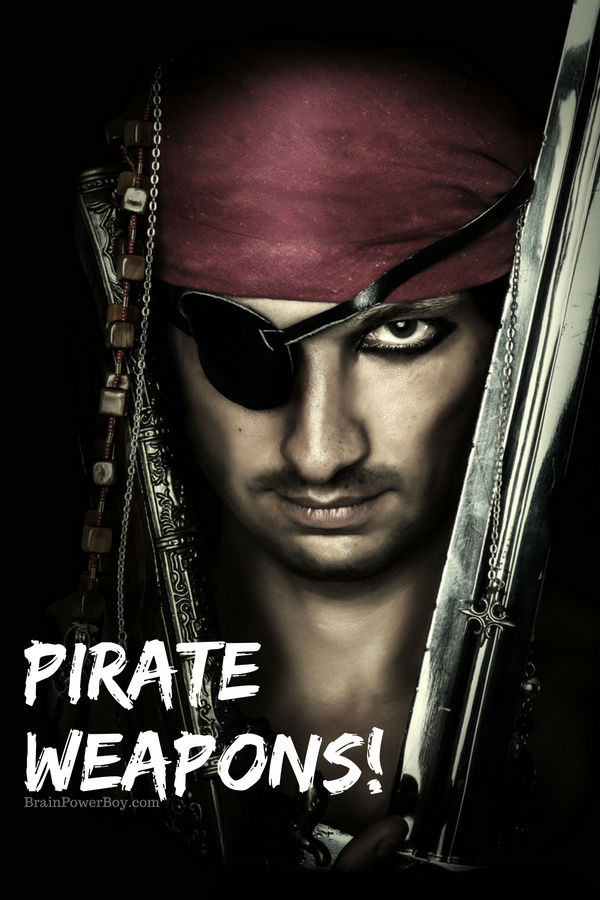 What was one of the most important pirate weapons of all time?

Intimidation! A pirate’s fierce reputation was vital to his success.

They showed up in their ships (Pirate Ships Unit,) raised their pirate flag and that was enough to cause fear and allow them to win—often without a fight.

It was indeed a great weapon for them.

Their goal was to get what they wanted while doing as little damage as needed.

They didn’t want to damage the ship, or the loot they were going after, and more importantly, they did not want to risk injury to themselves.

All of that said, they did use weapons, and pirate weapons are super interesting to study.

There were knifes, swords, guns, grappling hooks, cannons and other weapons I had never heard of (like belaying pin, caltrop and snaphance weapons–have you heard of any of these?) before I became an expert on pirates lol.

I really have learned a lot about these ruthless rogues, and you will too!

This historical information on weapons takes a look at all of the different pirate weapons from cannons, to daggers, to bucklers and boarding axes. It also gives alternative names for weapons and the unusual weapons I mentioned in the intro are in there too–in case you were curious. Be sure to click through on the list to see more about the weapons.

A long list of pirate weapons with nice pictures. In order to see the pictures, click on the red links. There is enough detail here to keep someone interested in weapons busy for quite a while. Includes types of pirate swords, axes, boarding pikes, archery items, guns and more.

Check this site for labeled diagrams of several weapons as well as good background information. Swords, Pistols, and Other Weapons

Take a look at a few of these pirate books to add to your learning. These are winners: Pirate Ships & Weapons

and Pirate Gear: Cannons, Swords, and the Jolly Roger (The Real World of Pirates) 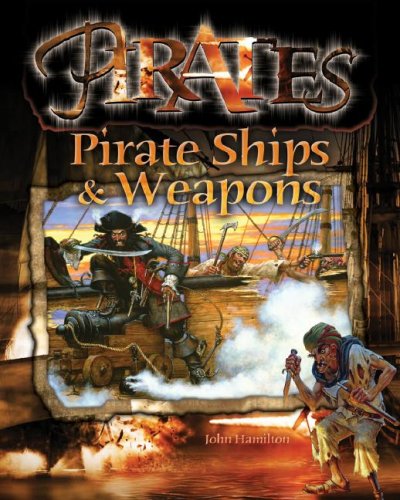 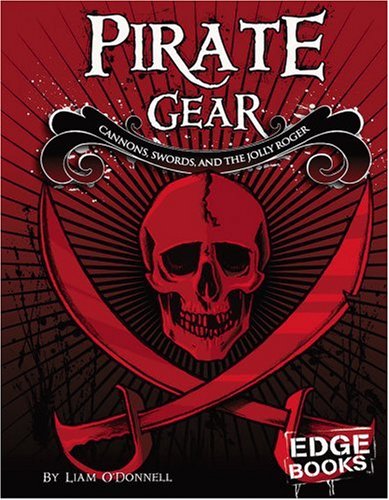 Cannons, Swords, and the Jolly Roger

This is a silent video of weapons. Each is named and a small amount of info is provided. Good for getting a close up view of the weapons.

Check out this video on Pirate Weapons.

It is quite good and interesting. (fyi: does make reference to chopping off a person’s head during a pirate sword fight mock battle.)

It is basically a guide showing people how to use pirate weapons and how pirates used them in battle.

This Pirates of the Caribbean Cannon Assault game is fun! Shoot the cannon to attack ships. You need to aim carefully by raising and lowering the cannon to make it shoot the right distance.

Pirate race is a simple game where you race other pirate ships to the treasure. Beware—they are trying to shoot you with the popular pirate weapon–cannons!

I like to include play in our unit studies because play is so important to children and helps them learn.

I think boys need that extra added time to absorb what they have learned and playing around a bit allows them to do so.

We like these Playmobil sets: Pirates Carrying Case Playset

because the sets are detailed, they have weapons and there is a ton of open-ended play possibilities.

We also like This set for its collection of weapons and pirate tools.

If you don’t have a Playmobil pirate ship, you should 😉 you boys will thank you! 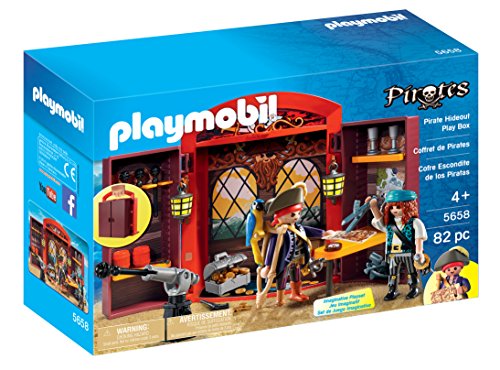 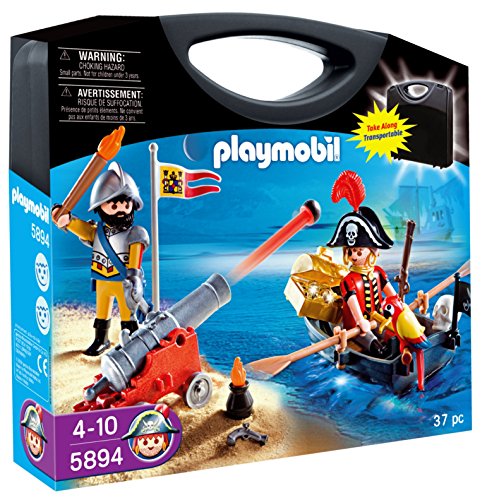 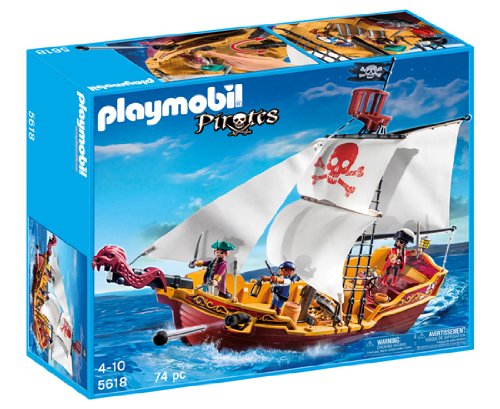 Not into Playmobil, like we are? You could get this Set of 12 Small Plastic Toy Pirates or a neat ship with lights and sound! 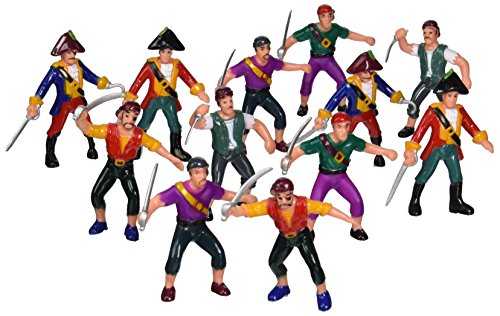 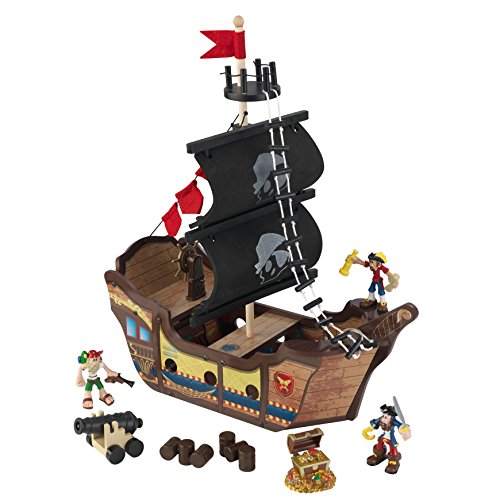 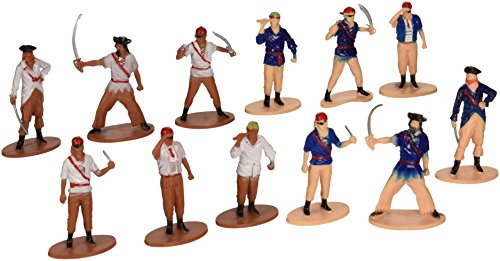 We have learned about pirates and played pirates for years now and it is always interesting to see how many terms and phrases are used in play once we cover a topic. Love that!

Make Your Own Pirate Weapons:

You could try this Jake and the Neverland Pirates Cardboard Sword. It is actually pretty neat.

This is one great looking pirate sword crafted out of felt. I love felt, don’t you?

Here is an easy pirate sword made from wood. Great way to get some hands-on carpentry learning in!

I am adding this in for older boys who might want to make a really slick wooden pirate sword. It is quite a lot of work but awesome! Even if you don’t make it you might find it interesting to see how it is done. 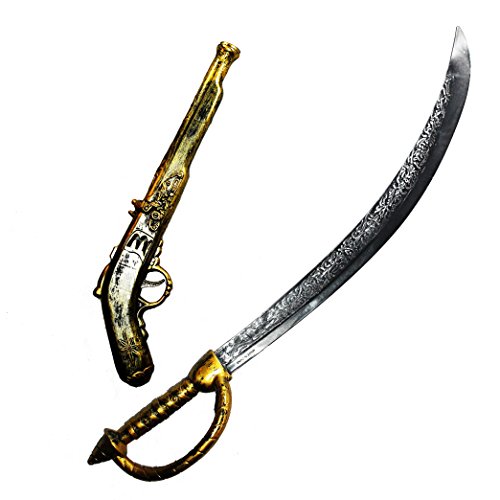 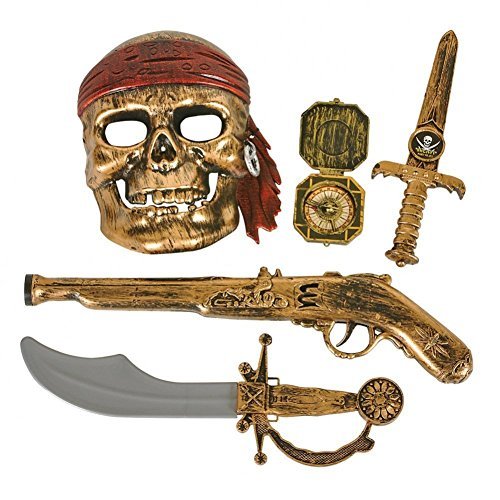 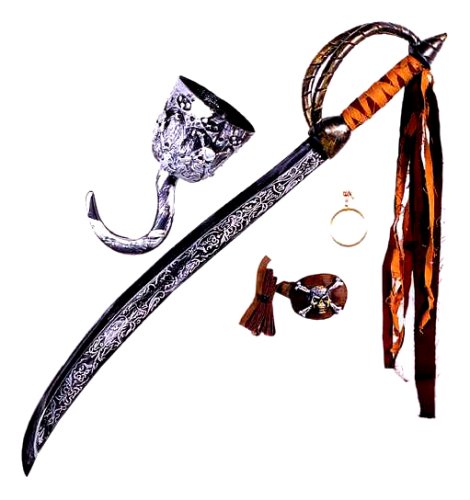 Learn about the history of pirate weapons, watch the videos, play some games, read a few pirate weapon books and then make your own weapon!

I am telling you . . . I am a fan of unit studies for anyone who wants to delve into a topic, learn a lot, and have a great time doing so.

There you have it. An awesome pirate weapons unit study. That should keep you busy for a while!  If you want even more pirate stuff try Pirate Games and check out our whole unit study on pirates.

Thanks for stopping by!

If you liked this post, please use the sharing buttons below (it helps me to see what you like and what I should do more of for you.) 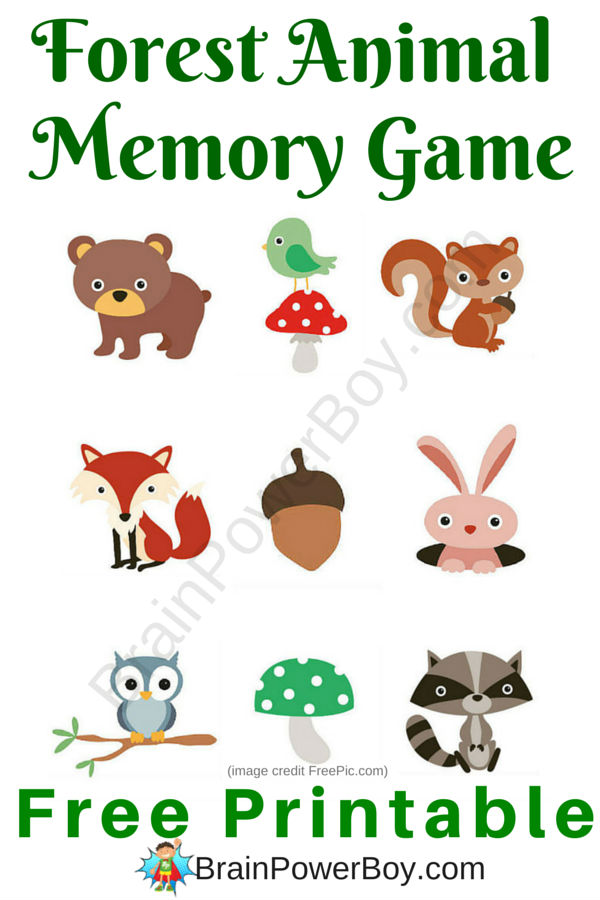 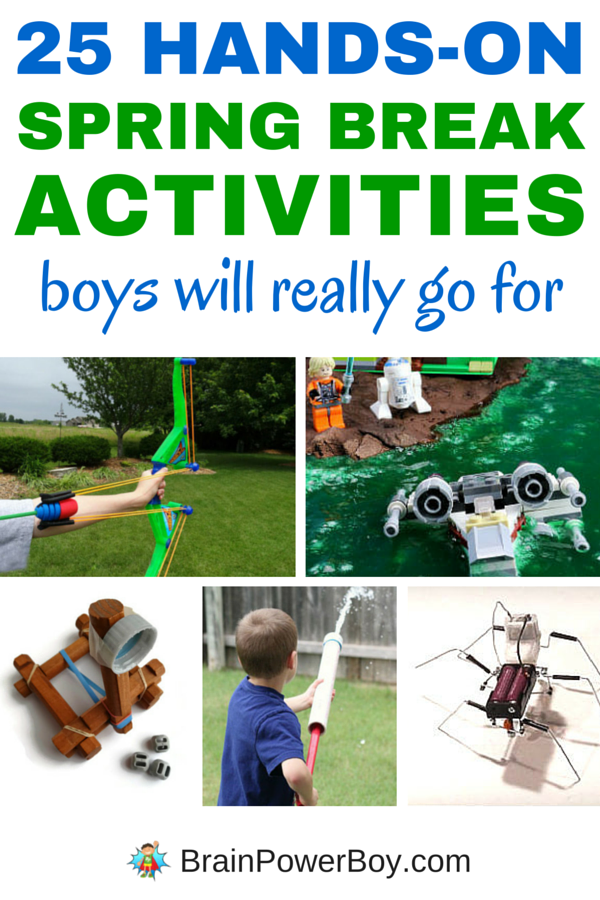 Wow! Who knew there was so much information on pirate weapons?! Fascinating! Thanks for linking up at the Thoughtful Spot Weekly Blog Hop! We hope you stop by again next week!

Yes, well I am a bit of a research junkie so when I set out to find something I really dig in :) Thanks for your work on the Thoughtful Spot Linky--it is a nice hop.

I just found your site, and I'm thrilled! I am the grandmother of triplet 6 year old boys, and am always looking for new and interesting things to do with them. Thank you.

Lois, I can't tell you how happy it makes me to hear that! Thanks so much for stopping by and for your nice comment. I hope you find a lot of fun things to do with the triplets :)