We are big batman fans around here and we also love to make crafts so we rounded up some Batman Crafts to do.

You really can’t go wrong with Batman. He is the best superhero ever.

Be sure to check them all out to see which you would like to make with your kids. I have my eye on a couple of them myself!

When you are through check out our other superhero crafts. 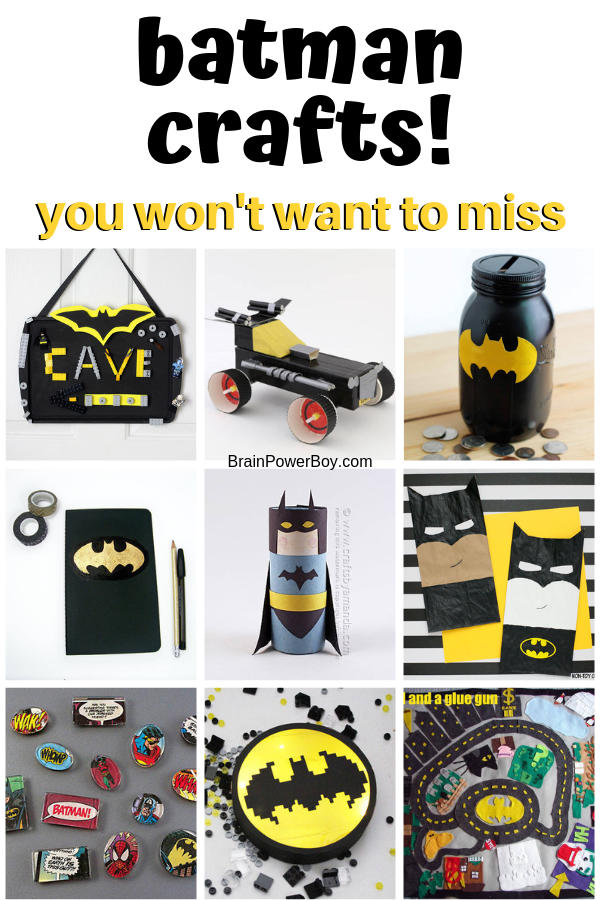 Batman is from DC Comics. He has been around since 1939 and is a favorite of many comic lovers.  Artist Bob Kane drew the original Batman and he has changed somewhat over the years. I am a fan of the classic look myself.

Today we have some crafts ideas featuring none other than the Caped Crusader himself. Dive in to see which you would like to make. Or, make a bunch of them!

These crafts are BANG!, POW!, TWACK!, BOOF! amazing!!  You did watch the original TV series, right? So you know where those sayings came from. 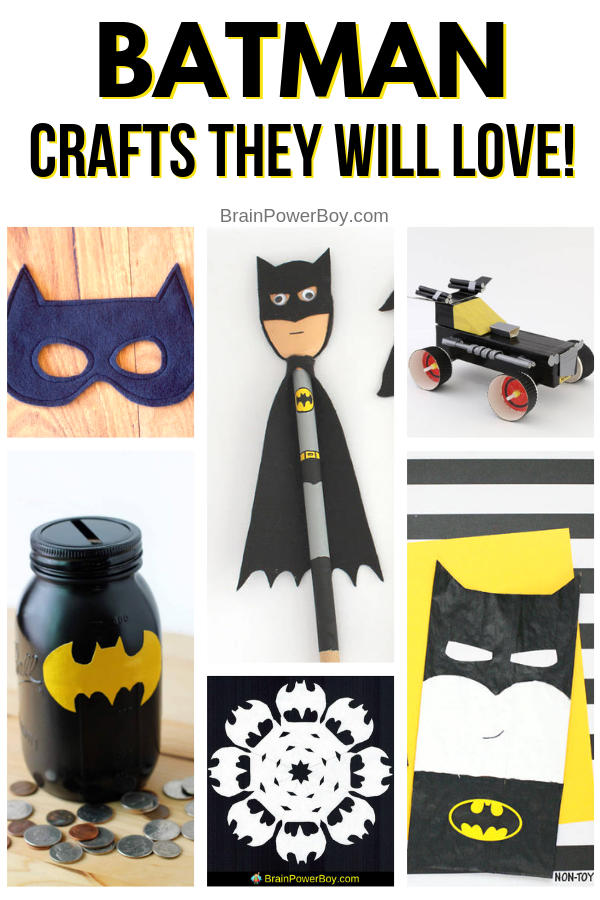 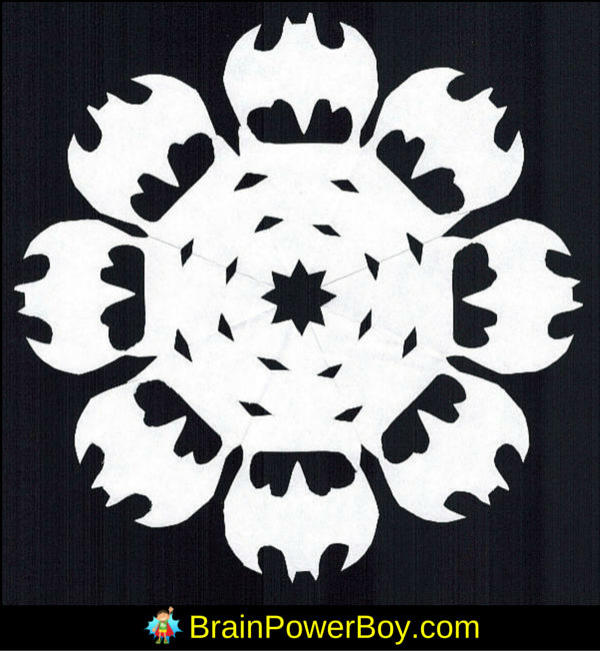 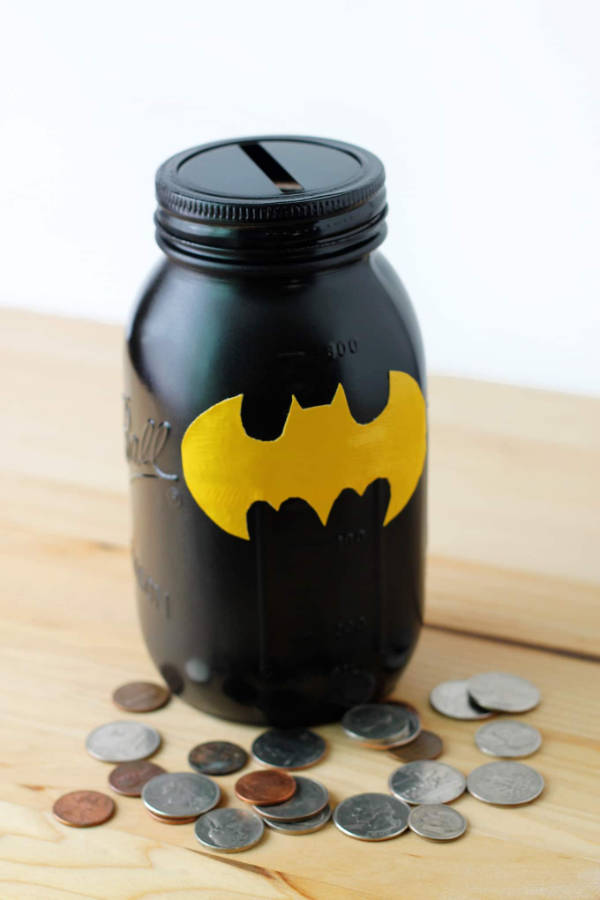 Sometimes you see something so clever that you have to applaud the blogger who came up with it! This is one of those cases. Fireflies and Mudpies deserves kudos for designing this easy-to-make Batman Bank. It is done out of a mason jar! Super!!  Batman Mason Jar Bank 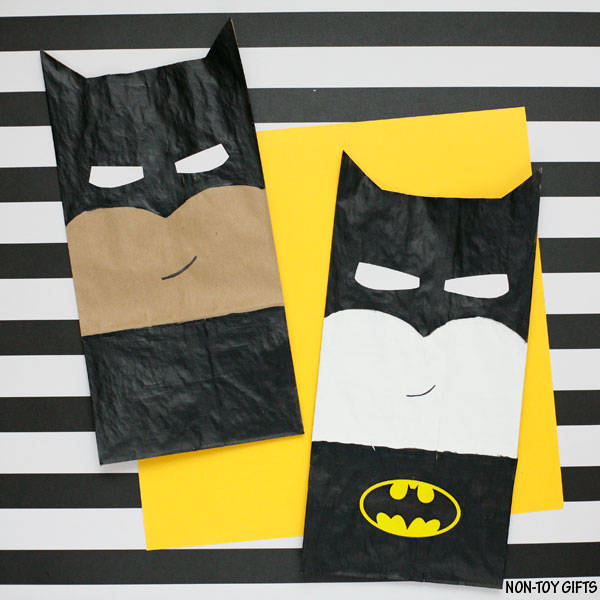 This is a great Batman craft for preschoolers. It is simple and uses supplies you likely already have on hand. Nice for a crafty afternoon project.  Paper Bag Batman 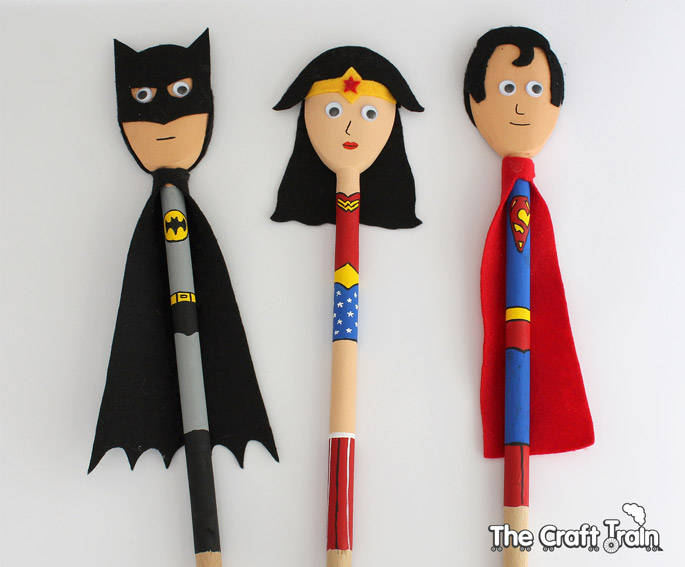 Have you ever made the classic doll out of a wooden spoon? This is that old-fashioned craft, with a superhero twist. You can make all three if you like. Fun!  Batman Spoon Puppets 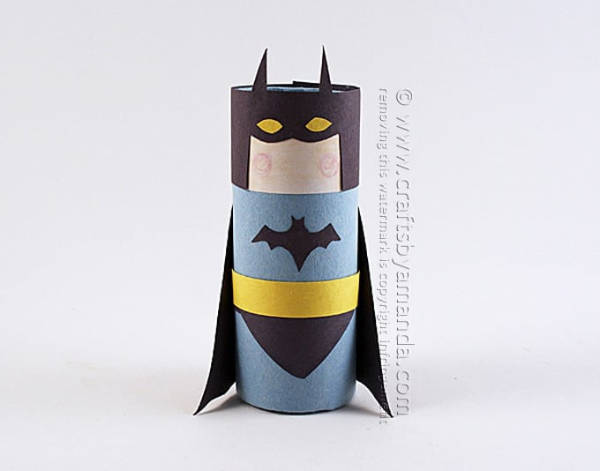 There are a lot of cardboard tube crafts out there but this one is special. Why? Well, because it features Batman of course!

And, it is pretty darn well-done too. Follow her directions and you and your kids will be able to make this one in no time.  Cardboard Tube Batman 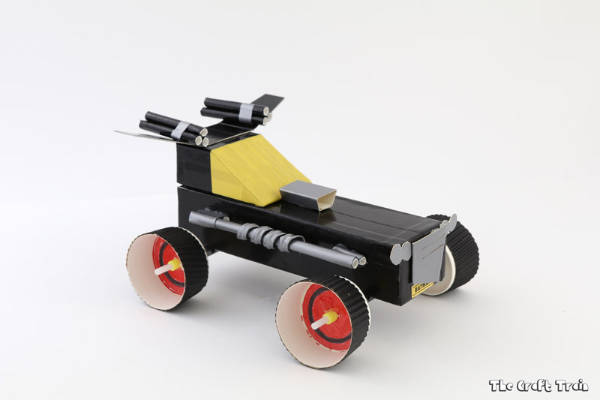 Honestly, you can’t have a Batman craft post without including the Batmobile. That would just be wrong in so many ways.  This one is made from cardboard and duct tape. Be sure to print her template to make it easily. Awesome!  Duct Tape Batmobile 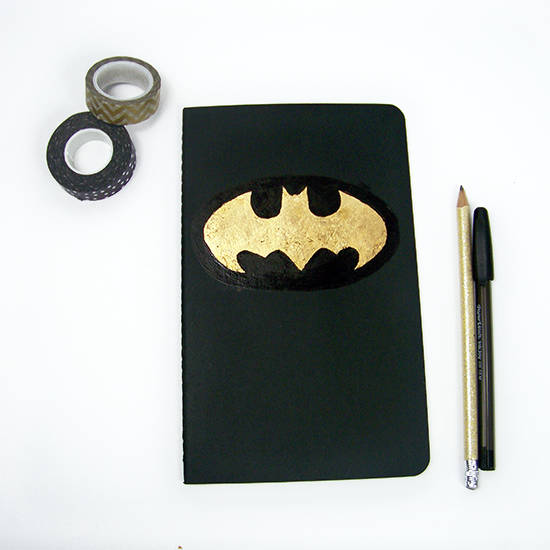 Elevate your school supplies with this craft idea.  Take a plain black small moleskine notebook and transform it into a nifty Batman notebook instead.

You can follow her instructions for the gold leaf or if you prefer grab some gold paint instead. Either way, you may have to make a few because all DC fans are going to want one!   Batman Notebook

Within this collection of superhero comic book magnets are some Batman magnets to make. I really like these and think they are very cool.

They would look great on the fridge! You can make them with the kids and then stick their superhero coloring pages up there with them.  Superhero Comic Magnets 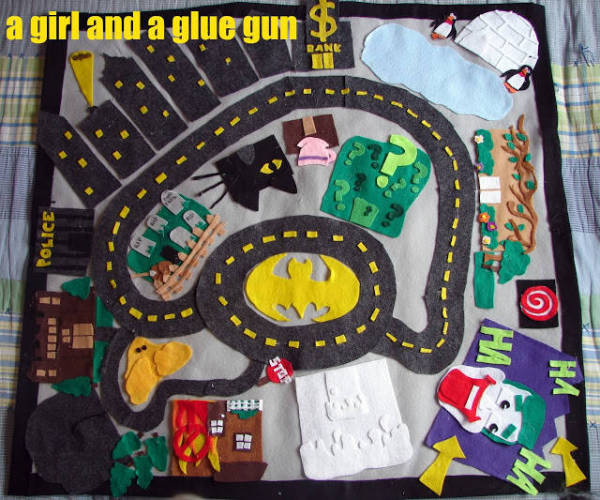 Woah! This Batman playmat is super detailed! This might be one you make mostly yourself, though I’m sure your young ones could help.

They are going to love playing with their mat when it is done. I can just imagine all of the Batman stories they will be telling.  Felt Batman Mat 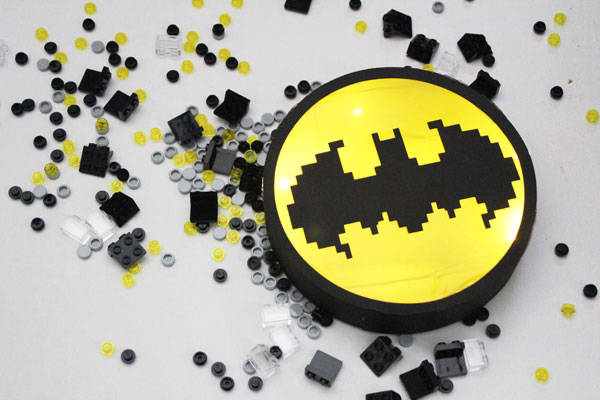 If you need a Bat Signal to go with all the other crafts, you should give this one a try. It is a signal light that actually lights up! She has a template or a SVG cutting file for the LEGO Bat Signal which is nice.  Bat Signal Light

Oh boy! This is a pretty slick idea. It is a magnetic Batcave sign. Personally, I would buy some Batman LEGO minifigs and some pieces to make this as not all kids are going to be ok with giving up their toy to add a magnet on the back (or maybe your’s won’t mind!) However, it is totally worth doing and I can see them being thrilled to hang this on his door.  Batcave Sign

How about making a Batman mask? She sewed it, and it probably would look best like that, but I also thought it might be possible to glue it together with fabric glue if you really don’t want to sew.

Either way it will be a fun craft project to work on and you end up with a mask worthy of the dark knight. Batman Mask Pattern

We found some cool Superhero Craft Kits too! 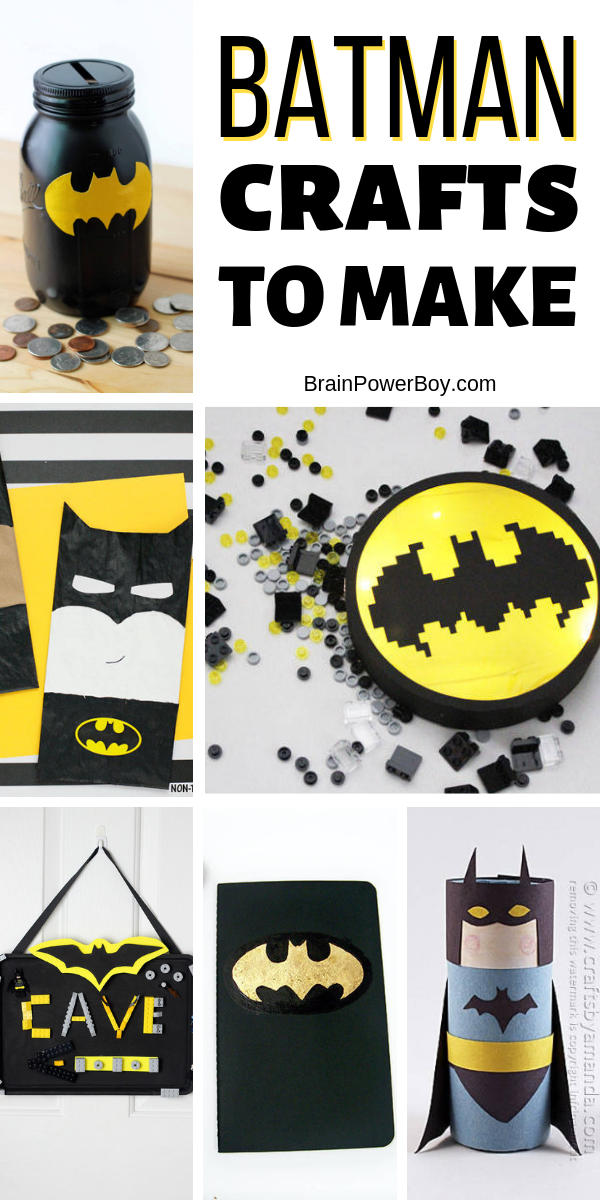